The FS7 camera reflects Sony’s expertise in 4K and HD codecs, Super 35 sensors and memory recording. The result is the ideal camera for documentaries and the optimum tool for magazine shows, reality TV, unscripted TV and more.

High Frame Rate shots can turn everyday actions into slow-motion ballet, a visual feast of elegant movement. The FS7 delivers a maximum of 180 frames per second (fps) continuous shooting in Full HD. If your project plays at the cinematic 24 fps, you get beautiful 7.5x Super Slow Motion. There’s no sacrifice in bit depth and no windowing of the sensor. So there’s no crop factor, no loss in angle of view. The camera also performs Slow and Quick (S and Q) motion from 1 to 180 fps in 1 fps increments. 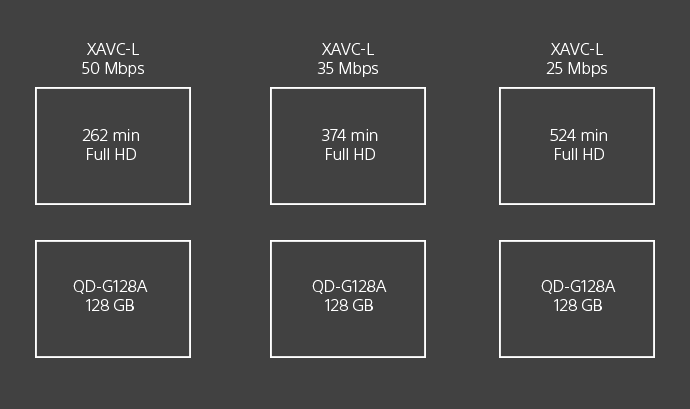 Long-form programs need media that’s both reliable and affordable. As specified by the CompactFlash Association, XQD™ memory cards score big on both accounts. Reliability comes from in-camera recovery. You get very low cost per minute compared to CFast™ cards. And robust communication between the camera and the card’s controller enables read/write speeds up to a sizzling 600 Mbps.

When it comes to image sensors, size definitely matters. Sony’s Super 35 sensor delivers ‘bokeh’, the defocused backgrounds made possible by shallow depth of field. A common technique for directing audience attention within the frame, shallow depth of field is far easier to achieve with a large sensor. Other things being equal, a bigger sensor also equates to better low-light sensitivity and lower image noise. And with bigger sensors, the field of view is wider for any given focal length lens.