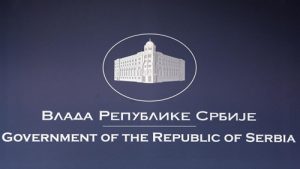 The applications should be submitted to the Film Center Serbia.

Applicants must be a legal entity registered in Serbia and which is responsible for paying all relevant Serbian taxes for the production.

-Documentary programmes not shorter that 40 minutes

-Post-production or VFX for any of the abovementioned formats

The following are considered Qualifying Expenditure towards the incentive:

-The eligible costs include gross sums where there are social benefits, insurance, authorship or other types of taxes included in the calculation of costs.

The following costs do not qualify for the incentive:

There is no cap per project. Every year the Serbian government will allocate funds for the incentive programme.  The budget allocated for 2019 is 900.000 million dinars (EUR 7,5 million or $8,7 million). Projects that surpass amount of annual budget allocated for this fiscal year may be transferred into the next year.

The call for applications is open all year. The applicant must be a Serbian registered company acting on behalf of the investor in the project or SPV company setup for the production in Serbia. The entity applies for the incentive programme to the government organization Film Center Serbia, providing an estimated budget, a production schedule together with a completed application form and other required documents (see list below).

The application can be submitted anytime in the course of the production in question.

The Committee will review the application documents and if approved, the Ministry of Economy will sign a contract with the applicant.

Within 45 days from the completion of production the applicant needs to conduct an independent audit and submit a Request for Payment. The Committee will process the request confirming that audit report, production reports and financial information are valid. The rebate amount will be released within 60 days of the Committee final approval to a designated Treasury account accessible by the Aplicant.

Projects are not allowed to bundle, except in case of TV commercials where investor is allowed to bundle projects with an incentive pay-out cap of maximum 800.000 EUR in a period of 3 years. In another words investor in TVCs has a ceiling of 3,2 million EUR for local expenditure within 3 years.

Serbia has a general VAT rate of 20% on all goods and services, except hotels and other accommodation, basic food groups, utility services use reduced VAT rate of 10%.